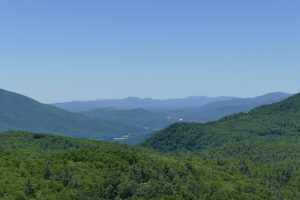 The backstory of this passage is the failure of the Israelites to seize their God-given opportunity to enter the Promised Land. Moses led them up to the threshold of Canaan. They were poised to take possession of the land God promised them. But instead of going for it with faith, the people listened to 10 negative voices that talked them into fear. Their fear soon turned to complaining and rebellion against God.

The punishment for their failure to obey God was a 40 year wilderness sentence. God told the older generation, those 20 years old and above, that they would spend 4 decades in the desert. That entire generation would die without experiencing the blessing of entering Canaan.

But there was more. Their choices created problems for their children also. The Israelites’ unfaithfulness to God impacted the next generation. These kids paid a price because of the sins of their parents.

It’s important to understand that this was not a direct judgment from God against the next generation, it was a consequence of their parents’ sins. These young people suffered for what their parents did. They too wandered in the desert for 40 years with them. These young people’s lives were set back 40 years because of the foolishness of their parents and grandparents. The older generation not only failed and hurt themselves, they failed and hurt their very own children. The older generation didn’t think about the serious ramifications of their sinful decisions, personally and beyond.

There are many lessons in this. There certainly are sobering lessons for parents and grandparents. But there are also larger lessons for us all.

This sad story is a warning to each of us about our own potential spiritual short-sightedness. None of us think enough about how our choices, actions and attitudes affect our own life and future, not to speak of how they possibly impact the lives and futures of others. We’re often very blind, myopic, self-centered and inconsiderate in the way we live. We close our eyes to the consequences of our decisions, only to eventually wake up to the reality of deep regrets, finally realizing the damage we’ve done to ourselves and others.

So much of this pain could be avoided by one simple act: THINKING! Before you do or say something, think about the consequences! Practice foresight more than hindsight. It will prevent many problems and much pain, not only for you, but for others around you too!