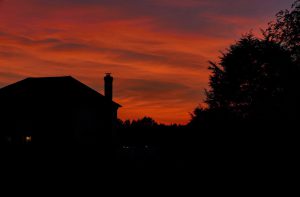 What’s in you determines your future! Who you are drives what you do!

This principle is found all through the pages of the Bible. It’s very clearly seen in the story of Moses and the twelve spies of the Promised Land.

The ten men Moses had sent to explore the land—the ones who incited rebellion against the Lord with their bad report— were struck dead with a plague before the Lord. Of the twelve who had explored the land, only Joshua and Caleb remained alive. — Numbers 14:36-38 (NIV)

When it came time to enter the Promised Land, Moses sent twelve spies in to check it out and bring back a report. These twelve leaders didn’t realize that this was the biggest spiritual test of their lives. How they handled this moment would determine their future. God was watching!

When these men returned, their true character and spiritual condition was revealed. Instead of showing an enthusiastic spirit of faith and readiness to enter Canaan, ten of the men were negative and resistant. Their mouths revealed what was in their hearts. Not only did they express personal doubt and fear, they spread it around and infected the majority of Israelites with the same attitude. The result was a missed opportunity, and ultimately death in the wilderness. Joshua and Caleb were the only positive ones in the group. Of the twelve, they were the only ones to eventually make it into Canaan.

A key phrase in this passage is “… Of the twelve … Only Joshua and Caleb remained alive.” Only two of twelve leaders made it! 83% didn’t! What a statistic! It should sober us all. Only 17% of Israel’s twelve main leaders made it into the Promised Land! At the end of their most important leadership test, only Joshua and  Caleb were left.

It’s incredibly important to “remain.” There are so many people who “die out” on the spiritual journey. When you look up and look around, they’re gone. Something “killed” them along the way. They still may be breathing, working and doing, but their God-designed purpose, potential and promise has been forfeited by ugly, unaddressed attitudes inside them.

What destroys people? It could be a hurt or offense they hold on to, resentment and anger they refuse to release, an infatuation with the world’s culture, pleasures and and things they will not turn their back on, an attitude of pride they continually failed to deal with. The list could go on and on.

Attitudes have consequences. Attitudes birth behavior. It’s always what’s in us that propels us forward positively, or destroys us prematurely!

What’s in you? Ask God to help you address all the stuff within that’s hindering His plan for your life!