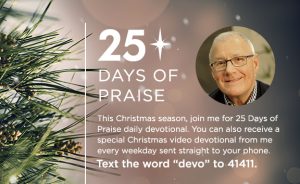 Matthew 2:10, 11 When they saw the star, they were filled with joy! They entered the house where the child and His mother, Mary, were, and they fell down before Him and worshiped Him. Then they opened their treasure chests and gave Him gifts of gold, frankincense, and myrrh.

The story of the wise men has intrigued people through the centuries. Who were these men?

Traditionally they have been identified as three men, most likely from Persia. They are thought to number three because of the gifts they gave to Jesus; gold, frankincense and myrrh. Other than this, information about them is very sketchy.

While there is much mystery surrounding the Magi, several observations about them are valuable. They possessed certain characteristics that confirmed their title as wise men.

First, they were perceptive men. These men noticed an unusual star and recognized that it signified an unusual event. They realized that God was at work in the world, and they wanted to be involved in what He was doing. That’s wisdom!

Third, they persisted in their spiritual pursuit. Even when the star temporarily disappeared from their sight, they did not give up. They held on to their hope of finding and worshiping the Savior. They had dogged spiritual determination.