Don’t Be Too Quick To Quit 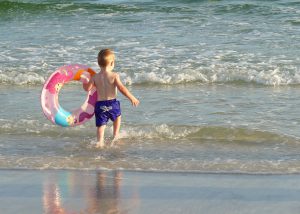 So many times in life we give up far too quickly. We prematurely judge something as over, dead, gone, done and finished. We’re holding funerals and burying things that Jesus wants to resurrect and restore.

There’s a great story about Jesus’ power and willingness to resurrect and restore dead things in the Gospel of Luke. Take a look at the story:

Soon afterward, Jesus went to a town called Nain, and his disciples and a large crowd went along with him. As he approached the town gate, a dead person was being carried out—the only son of his mother, and she was a widow. And a large crowd from the town was with her. When the Lord saw her, his heart went out to her and he said, “Don’t cry.” Then he went up and touched the bier they were carrying him on, and the bearers stood still. He said, “Young man, I say to you, get up!” The dead man sat up and began to talk, and Jesus gave him back to his mother. -Luke 7:11-15 (NIV)

This story emphasizes the compassionate initiative of Jesus. What Jesus saw moved Him to action. There is no indication of this mother making a request of Jesus for her dead son. There is no record of any particular expression of faith on her part, that I see. Jesus intervened in the situation because of what He saw and felt. Jesus didn’t wait to be asked. He saw the need and did something to alleviate it.

What did Jesus do?

Jesus broke up a funeral and turned it into a reunion. Jesus stepped into deadness and dealt with it decisively. Jesus rebuked the robber of life. Jesus changed the situation that no one believed or expected could or would be changed.

This is Jesus! This is who He is and how He works. He is the restorer of life. He intervenes, and death is dispatched! Jesus resurrects dead things and restores them to us!

Remember, nothing is over until Jesus says it’s over! Don’t count something dead that Jesus can bring to life! Pause your “funeral” plans and give Jesus a chance to show you what He can do! Don’t be too quick to quit!