Getting Your “Nots” Out 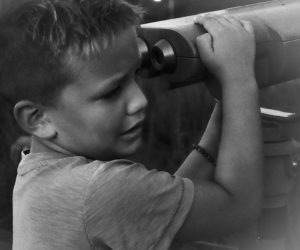 A few weeks ago, my grandson, Levi came and asked me to tie his shoes. It was somewhat of an unusual request because first, Levi never seems to be bothered by untied shoes! In fact, I often have to encourage him to tie them! Which leads to the second reason the request was out of the ordinary. Levi knows how to tie his own shoes!

When I knelt down to help him, his plea to me made sense. His shoelaces were in a massive mess that rivaled the Gordian Knot. With some patience and persistence, the problem was resolved and he joyously went on his way.

Levi’s recent predicament is a life metaphor. All too often our lives get knotted by all kinds of things. The knotting usually happens in our heads. Stinking thinking, hurts, and offenses we’re holding on to, negative emotions and internal wrangling tie up our souls.

Jesus helped a man who was trapped in a “knot of nots.” Take a look at this man’s situation:

Luke 8:26-27 (NIV)  They sailed to the region of the Gerasenes, which is across the lake from Galilee. When Jesus stepped ashore, he was met by a demon-possessed man from the town. For a long time this man had not worn clothes or lived in a house, but had lived in the tombs.

Jesus and His disciples encountered a man who, for a very long time had NOT worn clothes, had NOT lived in a house, and had NOT been influenced by life (he lived in a cemetery). These are some very serious “nots.” Behind this man’s “nots” was the activity and infiltration of the devil in this man’s soul.

His exposure to Jesus that day changed everything. Take a moment and read the story of this man’s deliverance:

Luke 8:28-33 (NLT)  As soon as he saw Jesus, he shrieked and fell down in front of him. Then he screamed, “Why are you interfering with me, Jesus, Son of the Most High God? Please, I beg you, don’t torture me!” For Jesus had already commanded the evil spirit to come out of him. This spirit had often taken control of the man. Even when he was placed under guard and put in chains and shackles, he simply broke them and rushed out into the wilderness, completely under the demon’s power. Jesus demanded, “What is your name?” “Legion,” he replied, for he was filled with many demons. The demons kept begging Jesus not to send them into the bottomless pit. There happened to be a large herd of pigs feeding on the hillside nearby, and the demons begged him to let them enter into the pigs. So Jesus gave them permission. Then the demons came out of the man and entered the pigs, and the entire herd plunged down the steep hillside into the lake and drowned.

Luke 8:35 (NLT)  People rushed out to see what had happened. A crowd soon gathered around Jesus, and they saw the man who had been freed from the demons. He was sitting at Jesus’ feet, fully clothed and perfectly sane, and they were all afraid.

The “knot” of hell’s influences in this man was producing a lot of “nots” in his life. This knot was severed by the sword of Jesus’ words and authority. That day this man was freed from his “knot of nots!”

Jesus wants to do the same for you. Through His Word, and your right response to it, Jesus can and will sever your “knot of nots!”