Asking For An Upgrade

Asking is a big part of life. Every day we make certain requests of people based on our needs and wants, and on our perception of their ability and willingness to respond. 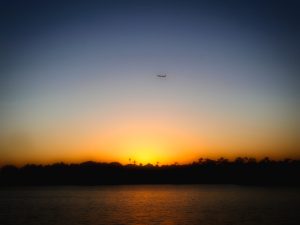 Asking is also a big part of our relationship with God. It’s a central element in prayer. While prayer includes much more than asking God to fulfill our wish list, there is an appropriate place for asking in prayer.

Take a look at a man who made an ask with Jesus, and what happened when he did:

As Jesus approached Jericho, a blind man was sitting by the roadside begging. When he heard the crowd going by, he asked what was happening. They told him, “Jesus of Nazareth is passing by.” He called out, “Jesus, Son of David, have mercy on me!” Those who led the way rebuked him and told him to be quiet, but he shouted all the more, “Son of David, have mercy on me!” Jesus stopped and ordered the man to be brought to him. When he came near, Jesus asked him, “What do you want me to do for you?” “Lord, I want to see,” he replied. Jesus said to him, “Receive your sight; your faith has healed you.” Immediately he received his sight and followed Jesus, praising God. When all the people saw it, they also praised God. — Luke 18:35-43 (NIV)

This story reveals an amazing moment. It describes a divine opportunity a needy man didn’t miss. Because he took advantage of this moment, his life was forever changed!

The special moment happened when the man heard that Jesus was passing by him. The Son of God, the Healer was coming near to where this poor, blind beggar sat. It was an opportunity this man would possibly never have again, and he made the most of it!

The response of the man in this moment is a great example to us. Here are some observations. When Jesus came near him:

Jesus responded to this man’s request and healed him. His request showed his faith. He asked Jesus for help because he knew Jesus could help him, and likely would help him. People generally don’t ask others for things they feel the person cannot or will not do. Asking is, in itself, a sign of faith!

The asking resulted in healing. The Greek word for “healed” is “sozo” and means, “to save, deliver, make whole, preserve safe from danger, loss, destruction.” (CWSB Dictionary)

Because this man seized the opportunity and made the ask, his life was radically upgraded! Because he believed that Jesus was merciful, and had the power and willingness to help him, he cried out to Him. His ask was a declaration of faith, and moved Jesus to heal him.

The man’s story is meant to inspire us. It’s a reminder that it’s okay to ask! Ask God to help you, and expect Him to answer! Make the ask humbly, boldly, and persistently. And get ready for Jesus to respond. He can and will upgrade your life, if you ask!